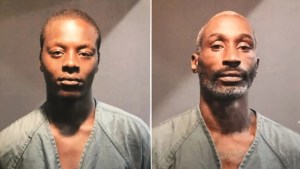 A 20-year-old man accused of carrying out a deadly crime spree at 7-Eleven stores across Southern California is expected to be charged Monday with three counts of murder, along with attempted murder and other felonies, with Orange County District Attorney Todd Spitzer calling the defendant a “stone cold serial killer.”

Spitzer said Malik Patt, of Los Angeles, will be charged with two killings that occurred July 11 in or near 7-Eleven stores in Santa Ana and Brea, along with the July 9 killing of a homeless man in North Hills in Los Angeles County, Spitzer said. The crimes will all be prosecuted in Orange County.

“Patt is a stone-cold serial killer,” Spitzer said at a news conference Monday. “There’s no other way to describe him.”

Patt will also face two counts of attempted murder, three counts of robbery and one count of carjacking while armed, according to Spitzer. The charges against Patt will include special circumstance allegations of multiple murders and murder in the commission of a robbery. The case will also include various sentencing enhancements for personal use or discharge of a handgun.

Patt faces a possible death sentence, if prosecutors opt to pursue it. At a minimum, he would face life in prison without the possibility of parole if convicted at trial.

A co-defendant in the case, 44-year-old Jason Payne, described as a neighbor of Patt, will be charged with three counts of robbery and one count of attempted robbery, stemming from heists in Santa Ana, La Habra and Brea, Spitzer said.

Payne is only expected to be charged with robberies — not murder — at this time because of a change in state law that requires prosecutors to show more evidence that the suspect knew killing was part of the plan and that he acted in a way that showed reckless indifference to the lives of the victims, Spitzer said.

It’s not entirely clear how Patt and Payne are connected, but they are neighbors in Los Angeles and have had a “long-standing relationship,” Spitzer said. Payne was allegedly a wheelman in the stickups, but Patt is also accused of carjacking a victim to get to the getaway car Payne was driving, Spitzer said.

The criminal charges were expected to be filed Monday afternoon, with the pair likely to appear in court for arraignment Tuesday.

Spitzer said Patt’s actions sent “chills up my own spine.”

“To see somebody who could just kill people in cold blood like this, it’s just unfathomable. It’s scary,” he said.

Patt and Payne were arrested about 1:10 p.m. Friday in the 1900 block of West 23rd Street in Los Angeles, authorities said. Police said Patt is the main suspect seen in widely circulated surveillance video photos from some of the robberies.

According to Spitzer, the crime spree carried out by Patt began July 9 with the slaying of a homeless man in the 16100 block of Parthenia Street in the North Hills area. That killing occurred about 200 yards away from a 7-Eleven store that was robbed later that day.

Investigators in Los Angeles County were still working to determine if that robbery and another 7-Eleven robbery are connected to Patt or Payne.

Authorities said the 7-Eleven crime spree occurred July 11 — or 7-11 — in Ontario. Police said just after midnight, the 7-Eleven at 636 N. Vine Ave. was robbed. The suspect held up the store with a handgun, but no shots were fired and no one was injured.

At 1:50 a.m., a 7-Eleven store at 5102 La Sierra Ave. in Riverside was robbed by a gunman. That robbery escalated, with the suspect shooting a customer, who was hospitalized in what was described as grave condition. Officer Ryan Railsback of the Riverside Police Department said Friday the victim has shown “slight improvement, but is still very critical.”

About 20 minutes later, 24-year-old Matthew Rule of Santa Ana was fatally shot outside the 7-Eleven store at 302 E. 17th St. in Santa Ana. Officers found Rule in the parking lot with a gunshot wound to the upper body, Santa Ana Police Department Sgt. Maria Lopez said. The victim was pronounced dead at the scene.

Santa Ana police Chief David Valentin said Rule was not the primary target of the shooter. He said the gunman was targeting someone else, but Rule “stepped in” to “redirect” the robber and was shot.

Brea police said they responded at 4:17 a.m. to the 7-Eleven store at 109 W. Lambert Road and found a male store clerk fatally shot in what officers determined to be a robbery. The clerk was later identified as 40-year-old Matthew Hirsch, who died at the scene, police said.

About a half-hour later, the 7-Eleven store at 381 E. Whittier Blvd. in La Habra was robbed, and two people were shot, according to Sgt. Eric Roy of the La Habra Police Department. Both victims were taken to a hospital, and both were expected to survive. Police said the victims were a clerk and a customer.

Based on surveillance images, police said they were able to link the same suspect to all of the heists.

Orange County Board Chairman Doug Chaffee said county officials were discussing a reward, but law enforcement was so efficient that they didn’t have a chance to do it, so they will instead use at least $100,000 to benefit victims of the attacks, Chaffee said. A vote on the victims’ fund will be held Tuesday.

The 7-Eleven company last week offered a $100,000 reward for information leading to the arrest and conviction of the suspect in the robberies and killings. It was unclear if anyone will be eligible to claim the reward.

“We are grateful that the Orange County District Attorney has announced local law enforcement has apprehended suspects related to the recent violent incidents. We will continue to fully support law enforcement with their investigation,” according to a company statement said issued after the arrests.