Average San Diego County Gas Prices Continue to Inch Down at $6.18 Per Gallon 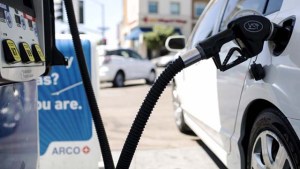 The average price of a gallon of self-serve regular gasoline in San Diego County dropped Wednesday for the 21st consecutive day, decreasing 1.1 cents to $6.189.

The average price has dropped 18.4 cents over the past 21 days, including 1.1 cents Tuesday, according to figures from the AAA and the Oil Price Information Service. The streak of decreases follows a run of 19 increases in 20 days totaling 35.5 cents.

The dropping prices are continuing despite a gas tax increase of 2.8 cents per gallon that took effect Friday.