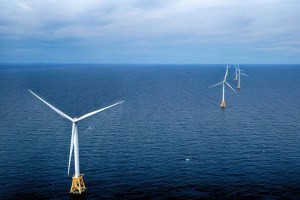 California on Wednesday set ambitious new targets for offshore wind development, saying turbines along its storied coastline would power some 25 million homes by 2050.

California has among the most aggressive climate change goals in the country, but its foray into offshore wind has lagged that of East Coast states like New York, New Jersey and Massachusetts, where the industry is more mature.

Projects off the California coast would require using floating turbines, an emerging technology, because of the depth of the outer continental shelf in the Pacific Ocean.

In a statement, the CEC said offshore wind would help the state meet its goal of decarbonizing the electricity sector by 2045 because it can produce power after the sun goes down.

“This remarkable resource will generate clean electricity around the clock and help us transition away from fossil fuel-based energy as quickly as possible while ensuring grid reliability,” CEC Chair David Hochschild said in a statement.

The CEC had been directed by a state law passed last year to quantify the maximum amount of offshore wind that would be achievable by 2030 and 2045.

The Business Network for Offshore Wind, an industry group, said the goal is “the largest and furthest reaching offshore wind goal of any state.”

The Biden administration has a nationwide goal of generating 30 GW of power from offshore wind by 2030. To help meet that goal, earlier this year the Interior Department proposed auctioning five areas off the coast of California near Morro Bay off the central coast and in the north near Humboldt County.