County Lifts Water Closure in IB, Warning in Coronado, but Other Advisories Remain 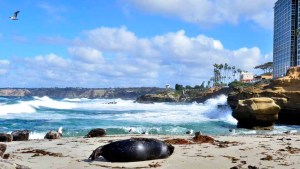 With the action, beachgoers again can head into the water in Imperial Beach and along Silver Strand State Beach in Coronado. The IB shoreline had been closed while the county had issued a warning regarding water quality along the Silver Strand.

A closure remains in effect for the shoreline south of Seacoast Drive in IB to the border. An advisory, noting to beachgoers that bacteria levels may cause illness, stands for several areas including: