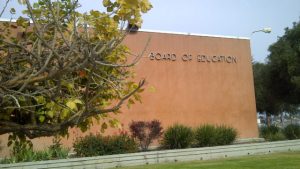 Tens of thousands of students returned to campuses across San Diego Unified School District last week for summer school and enrichment programs, and more could join activities in coming weeks.

Yet despite COVID-19 cases being on the rise across San Diego County, and having steadily increased in schools through the end of the school year, students in the district’s summer program will not be required to wear masks — that is, unless there’s been at least three outbreaks within 14 days and more than 5% of the school population is infected, SDUSD guidelines show.

During the first week of summer school, June 21-25, there were 85 confirmed cases reported among students and staff, said Maureen Magee, communications director for San Diego Unified. Initial reporting through the district’s dashboard was delayed as a result of the COVID-19 team awaiting final enrollment and staffing numbers to set calculating formulas, she said.

There may be more cases, she added. Results from on-site testing at the summer school sites are still being compiled. The district’s dashboard, which hasn’t been updated since June 11, will be updated next week, she said.

San Diego Unified lifted its mask mandate on April 4, after which COVID-19 cases began rising in schools across the district. Later, the district also adjusted its requirements for students, allowing them to return to class without a mask six days after testing positive for COVID-19 with proof of a negative antigen test or after 10 days regardless of testing.