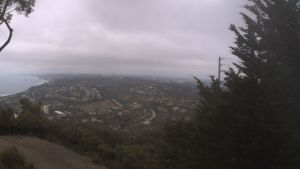 The San Diego region can expect drier conditions Monday before monsoonal activity builds later in the week, according to the National Weather Service.

“Drier and more stable conditions will prevail today with a few thunderstorms returning to the mountains for Tuesday afternoon,” the weather service said.

“A greater influx of moisture will bring more thunderstorms for the mountains into the deserts for Wednesday and Thursday afternoons,” the agency added.

Longer-range outlooks show hotter conditions toward the end of the month as an upper high becomes established over the southwest, forecasters said.