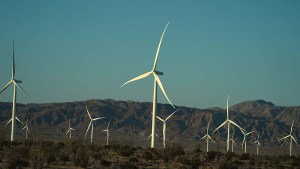 The U.S. Supreme Court’s decision to drastically limit the power of the federal Environmental Protection Agency to regulate planet-warming emissions upsets environmentalists, but experts say it doesn’t necessarily pose a threat to California’s ability to maintain its own stringent greenhouse gas reduction rules.

The 6-3 vote in the West Virginia v. EPA decision, released on Thursday, marks a significant change in how the federal EPA can exercise power to address climate change, making it clear that without approval from Congress, the agency is limited in how it can set national standards.

The bigger question now is how the ruling could affect the control all federal agencies have in imposing regulations and how states like California — which have historically taken a stronger approach to tackling climate change — could be affected.

California’s Air Resources Board, which oversees the state’s efforts to reduce air pollution, told CalMatters the agency agrees that the state’s policies and regulatory agencies now play an even more critical role in the fight against climate change.

“California has its own state laws that are regulating carbon dioxide emissions so in that respect, it matters less to California directly,” Donahue said. “However, we’re all affected by climate change. California is doing a lot to try to reduce its own emissions, but we won’t have a safe climate unless everybody pitches in and the federal government’s efforts are really important there.”

The state’s authority to independently set stronger tailpipe emissions standards than those of the federal government was granted half a century ago, when Congress passed the Clean Air Act in 1970. The law included special conditions for California to help the state address its severe smog.

Some experts worry that the ruling could lead federal agencies to take a more cautious and less effective approach to addressing major threats to public health and safety.

“The opinion takes away one of the EPA’s tools to address climate change going forward,” said UCLA law professor Blake Emerson. “But the broader significance is that it’s going to provide a precedent for both the Supreme Court itself and the lower courts to strike down federal regulations, both with regards to the environment and with regards to market regulation and public health and safety if those courts think that the agency has taken a really major policy position.”

Cara Horowitz, co-executive director of the Emmett Institute on Climate Change and the Environment at UCLA School of Law, agreed, adding that “regulations that affect significant swaths of the economy that are not explicitly authorized by Congress with very specific and clear statutory language, are especially vulnerable.”

Several state leaders maintained that California would continue to lead the nation in setting its own rules to reduce emissions, affirming that the ruling would not impede the state’s efforts to combat climate change.

“Today’s ruling makes it even more imperative that California and other states succeed in our efforts to combat the climate crisis,” Gov. Gavin Newsom said in a statement. “California will remain the tentpole for this movement with record investments and aggressive policies to reduce pollution, to protect people from extreme weather, and to leave our children and grandchildren a world that’s better off than we found it.”

“We are running out of time in the fight against climate change, and we need all levels of government working together to take action before it’s too late,” he said in a statement. “In California, we have strong programs in place to address climate change, and we will not go backwards. With the future of our planet at stake, our commitment to tackling the climate crisis cannot waver.”