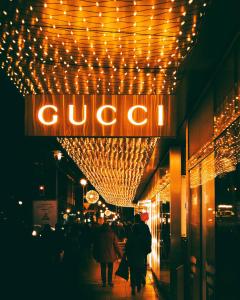 The great-granddaughter of the man who created the Gucci luxury brand can move forward with her legal claims against her mother, whom she alleges was negligent during years of sexual abuse the plaintiff maintains she suffered at the hands of her stepfather.

Patricia Gucci was born during Aldo Gucci’s extramarital affair with Bruna Palombo, who is a co-defendant in the case along with Zarini’s stepfather, Joseph Ruffalo. The judge previously stayed the part of the case against the 84-year-old Palombo, who lives in Italy, while she appeals his decision not to quash the summons in Zarini’s suit.

Patricia Gucci was married to Ruffalo, a former music manager, from 1993 to 2008. They lived together in Los Angeles from 1992 to 1998 and she left him after her daughter told her he was sexually abusing her.

“Defendants Gucci and Palombo, as plaintiff’s mother and grandmother, respectively, not only failed to protect plaintiff from Ruffalo’s assaults, but fostered the environment and impunity defendant Ruffalo needed to sexually assault plaintiff,” according to the suit filed in September 2020, which also alleges sexual battery, gender violence and intentional infliction of emotional distress.

Patricia Gucci compounded her daughter’s suffering by sexualizing her for Ruffalo’s benefit and also by physically, mentally and emotionally abusing Zarini, the suit alleges.

In their court papers, Patricia Gucci’s lawyers maintained that Ruffalo, not their client, and his alleged abuses were the cause of Zarini’s injuries, not her mother, and that therefore, the plaintiff could not defeat the statute of limitations allowing her to bring her claims from years earlier under a special statute.

Patricia Gucci’s lawyers also maintain in their court papers that she was not negligent because she did not know Ruffalo was allegedly abusing Zarini until her daughter reached age 22 and disclosed what had happened.

“Once Ms. Zarini disclosed the abuse, Ms. Gucci was devastated,” Patricia Gucci’s lawyers state in their court papers. “She immediately separated from and divorced Mr. Ruffalo and he never again sexually abused Ms. Zarini. She also set about healing her family through counseling.”