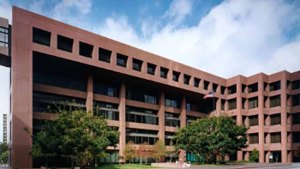 A defense contractor pleaded guilty to federal charges Thursday for accepting money from the Chinese government in exchange for providing information from his American employers.

Shapour Moinian, 67, who resided in San Diego, took “thousands of dollars” and in turn handed over information “related to multiple types of aircraft designed and/or manufactured in the U.S.,” according to the U.S. Attorney’s Office.

According to the plea agreement, a Chinese contact, a woman who claimed to work for a technical recruiting company, offered Moinian the chance to consult for the aviation industry in China.

Prosecutors allege Moinian was aware the people to whom he provided information were employed or directed by the Chinese government.

The U.S. Attorney’s Office said he used his stepdaughter’s South Korean bank account to receive payments from Chinese government officials while telling her that the funds were for his consulting work.

He instructed her to transfer the funds to him. In two of the transactions, he received up to $32,000, authorities said.

According to the criminal complaint, he made several internet searches in 2018 regarding “sabotage vs. spying,” “espionage vs. sabotage” and “selling military information to foreign country is considered as.”

His plea agreement includes admissions that he lied on national security background forms by indicating he had not had close contacts with foreign nationals or been asked to work for or consider employment by a foreign national within the past seven years.

Authorities arrested him last year. At the time, he had been set to work on a military aircraft being produced for South Korea, prosecutors said.

“This defendant took the aviation materials of his American employers and sold them to China,” said U.S. Attorney Randy Grossman. “This conduct was an outrageous breach of trust by a former member of the U.S. military.”

FBI Special Agent in Charge Stacey Moy said “When someone holds a security clearance, they know what information should be reported to security officials. In this case, the defendant betrayed his sacred oath, knew his actions were wrong, and subsequently lied about it.”

Moinian is set for sentencing on Aug. 29. He faces five years in prison and fines of up to $250,000 per the two counts covered under his plea agreement.