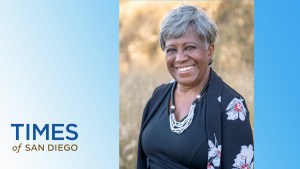 A long-time educator has been appointed to fill a vacated seat on the MiraCosta Community College District Board of Trustees.

The board unanimously appointed Raye Clendening to the seat once held by Dr. David Broad, who resigned.

Clendening, who currently serves as the chair of the MiraCosta College Foundation and was an inaugural member of MiraCosta’s Independent Citizens’ Board Oversight Committee, will represent Area 6.

The seat covers the northernmost portion of the MiraCosta College District, which includes north Oceanside. Clendening immediately will step into the position for a term that concludes in November. She will have the opportunity to run in the fall election.

Sunita “Sunny” Cooke, superintendent and president of MiraCosta College, said upon Clendening’s June 24 appointment that officials are “excited to continue working with Raye, an experienced educator and community leader.

“She will bring her significant talents, expertise and energy to her role as a trustee,” Cooke said.

Now retired, Clendening spent decades as a teacher in the Los Angeles and San Diego areas, before serving a combined 14 years as principal for Martin Luther King, Jr. Middle School in Oceanside and Maie Ellis Elementary and Potter Junior High schools in Fallbrook.

She finished her career by directing all student services and special education programs for the Oceanside Unified School District, while working with young people who ended up attending MiraCosta College.

“Raye Clendening embodies the spirit of education. As a lifelong educator, Raye’s experience and passion will serve the board and district well,” said Anna Pedroza, president of the MiraCosta board.

Clendening attended a community college, Pasadena City College because did not have the money to go straight to a four-year university.

She also once received a statewide honor, as the Middle Grades Principal of the Year.