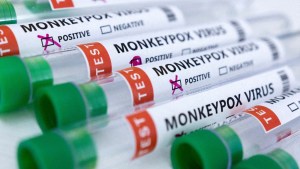 Governor Gavin Newsom declared a monkeypox state of emergency Monday in a move aimed at bolstering vaccination efforts to control an outbreak that health officials report has infected more than 5,800 Americans.

Soon after Monday’s announcement, Nathan Fletcher, chairman of the San Diego County Board of Supervisors, released a statement in support of the governor’s declaration and county’s commitment to protecting the local community.

Our State has declared a State of Emergency for Monkeypox & we are likely to align with the State in the coming days by making our own declaration. Learn more about the state’s declaration here: https://t.co/iivNrvnb94. To get more County info, visit https://t.co/M7yIn41gSo pic.twitter.com/sYKXU8wMV6

“Governor Newsom and our California Department of Public Health have put us in a position of strength when it comes to addressing monkeypox outbreaks by declaring an emergency,” Fletcher said. “Our county has been working with the community to distribute vaccines and information, and this action by the state will allow them to better support our county as we administer services. We are likely to align with the state in the coming days by making our own declaration.”

To date, San Diego County has received about 2,200 doses of the monkeypox vaccine and has 27 confirmed and probable cases. The region’s case count is updated each Friday afternoon on the county’s monkeypox website.

California accounted for 827 confirmed U.S. monkeypox cases as of Monday, the second-largest state tally after 1,390 infections documented in New York, according to the U.S. Centers for Disease Control and Prevention.

San Diego County residents can receive information about monkeypox via text. Health officials are now sending real-time information about the impact of monkeypox in the region along with details about available services.  Sign up to receive messages by texting COSD MONKEYPOX to 468-311.