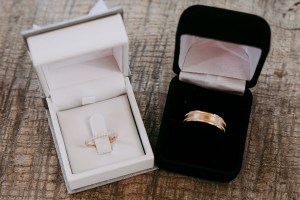 Photo by Lauren Richmond on Unsplash

A nationwide jewelry retailer has agreed to pay $34.2 million to resolve allegations that it used deceptive sales tactics on active duty servicemembers, including those stationed in San Diego, it was announced Wednesday.

Harris Jewelers reached the settlement with the Federal Trade Commission and the attorneys general of more than a dozen states. It requires the company to write off $21.3 million in consumer debt and provide millions in consumer refunds. The debt includes more than $800,000 owed by Californians, according to a statement from the California Attorney General’s Office.

Officials in California said Harris operated stores on or near military bases, including Naval Base San Diego, where service members were told that purchasing products on credit would improve their credit scores, regardless of the customer’s credit history. The company also “utilized unfair and deceptive sales practices” with its jewelry protection plan and did not include disclosures in its advertisements and retail installment sales contracts, according to the AG’s Office.

Harris Jewelers will be forced to write off millions in consumer debt and cease operation.

We're committed to protecting our service members as they protect all of us. https://t.co/0HgnWijkLH

The company will also be required to vacate judgments against 112 consumers, which totaled more than $115,000, while deleting any negative credit entries reported to consumer reporting agencies. Injunction terms also include a ban on the future marketing or sale of related products.