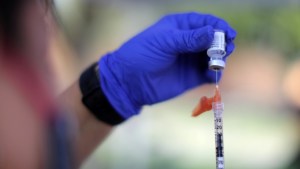 The lawsuit filed earlier this year by citizens group ReOpen San Diego alleges that the mandate keeps “an entire category of individuals from meaningful participation in city government” by way of barring unvaccinated city officials and volunteers from attendance at city meetings or business in city buildings.

The suit seeks to block enforcement of the city’s ordinance, which requires current and newly hired or appointed city employees, elected officials, board members and volunteers to be fully vaccinated against COVID-19. The ordinance was approved last November by the San Diego City Council.

On Tuesday, U.S. District Judge Gonzalo Curiel denied a motion from the city to dismiss the suit, stating that it did not address developments in case law regarding COVID-19 public health measures, restrictions or requirements that have occurred over the past two years.

The city’s motion cites a U.S. Supreme Court decision which held that local governments have the authority to enact laws and ordinances to protect against diseases. Curiel said the city’s citation of that case — which originally concerned compulsory smallpox vaccinations in the early 1900s — did not directly address the lawsuit’s allegations regarding COVID-19 restrictions.

“The majority of governments (and employers) are now backing away from COVID vaccination mandates, the data is showing that the currently available vaccinations do not prevent transmission or infection, and the city has been unable to present any credible authority supporting its position that it has a legal right to require elected officials, board and commission members and volunteers to provide proof of vaccination in order to serve the city,” said Arie Spangler, an attorney for ReOpen San Diego.