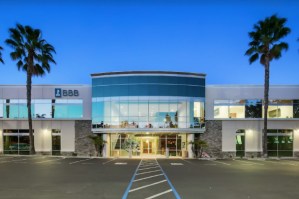 A private investor has purchased a 24,371-square-foot office building in Kearny Mesa for $9.2 million, according to a real estate firm.

Built in 2005, the two-story office building, at 4747 Viewridge Ave., is situated on 1.7 acres. The building’s amenities include a common area, conference room, 87 parking spaces, scenic views and landscaping with a koi pond and seating.

The building was 94% occupied at the time of sale, slightly below its seven-year rate of 96%.

The Better Business Bureau occupies 13,297 square feet on the top floor of the
building and six other tenants occupy an average of 1,591 square feet in the building.

The transaction closed less than four weeks after CBRE began marketing the property, he added

Kearny Mesa has more than 23 million square feet of office and industrial space, with one of the metro area’s lowest vacancies.