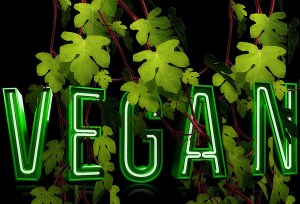 The results are in for PETA’s 2022 list of the Top 10 Vegan-Friendly Beach Towns in the U.S., and San Diego’s plethora of vegan festivals, eateries, and the innovative animal-free fare has landed it on the list. PETA has sent an award certificate to Mayor Todd Gloria.

“From quick and easy street food to international cuisine, the restaurants in America’s Finest City are dishing up some of the best vegan food for holidaymakers and residents,” says PETA President Ingrid Newkirk. “San Diego joins all the other great beach towns on PETA’s list that are hot spots for the animal-friendly fare people are craving this summer.”

There’s also The Yasai for vegan sushi and ramen, Veggie Grill for crispy Buffalo “chicken” tortillas, and Peace Pies for sweet treats such as fudge brownies and cacao truffles.

Consumers’ demand for vegan food has sent the vegan food market skyrocketing: It grew two and a half times faster in 2021 than it did between 2018 and 2020, and it’s expected to reach $22 billion by 2025.

Each person who goes vegan saves the lives of nearly 200 animals a year; dramatically shrinks their carbon footprint; reduces their risk of developing heart disease, cancer, and diabetes; and helps prevent future pandemics. SARS, swine flu, bird flu, and COVID-19 all stemmed from confining or killing animals for food.