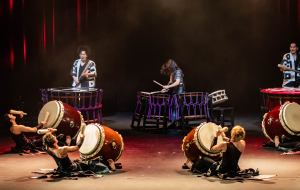 O’Keefe, who assumed the role on July 1, will oversee operations at the 32-year-old arts nonprofit, including programming the annual Professional Performance Series at the Poway Center for the Performing Arts and guiding the organization’s Arts in Education Initiative.

Rennie had served as executive director and CEO since 2009.

“I am excited to be leading this next chapter for Poway OnStage,” O’Keefe said. “I look forward to serving the arts community and upholding Poway OnStage’s mission of entertaining, educating and enriching through powerful live performances.”

Rennie joined Poway OnStage in 2003 as associate director for marketing and development and was promoted to executive director six years later.

Under Rennie’s leadership, the center saw an increase in visits by high-profile touring artists such as Jose Feliciano, Kansas, Art Garfunkel and Melissa Etheridge. Rennie also included local artists in the Professional Performance Series. Among them, Back to the Garden’s series of “Story Concerts” became audience favorites.

“I am pleased to say that the current Poway OnStage staff and board are the most creative, positive and high-functioning team ever to present talent at the (center).  There has never been a better time to pass this baton,” Rennie said.

Poway OnStage presents a series of arts events, including concerts, dance performances, theater productions, comedy and more, for the community.