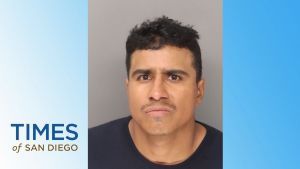 A man who was arrested on federal drug charges last year, then escaped from custody at the sheriff’s Lemon Grove substation, has pleaded guilty to distributing methamphetamine.

Jovany Gallardo, 30, was arrested on June 3, 2021, in connection with his federal case, but was able to escape the following day while being processed at the Lemon Grove substation. According to his plea agreement, Gallardo was awaiting transport from Lemon Grove to the Metropolitan Correctional Center in downtown San Diego when he escaped from custody.

A San Diego County Sheriff’s Department news release from the time of the escape stated that Gallardo was not wearing handcuffs when he fled from the precinct house. A search of the area — which included a police dog, helicopter and drone — was unsuccessful.

Court records state Gallardo was re-arrested in January, but further details regarding his capture were unavailable.

On Thursday, Gallardo pleaded guilty in San Diego federal court to conspiracy to distribute methamphetamine. Though he faces a maximum possible penalty of 40 years in prison, prosecutors said in his plea agreement that they would seek no more than 10 years.