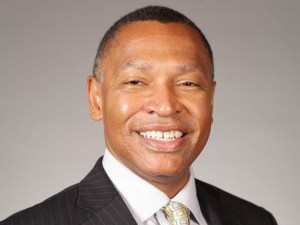 Shepherd will oversee a department of 45 editors and journalists who produce content for the web, radio newscasts, a daily radio talk show and a 30-minute nightly public TV newscast. His first day on the job will be Monday, Aug. 8.

“I’m going to do a lot of listening when I get there, that’s priority number one,” Shepherd told Times of San Diego from his home in Florida. “I will be listening to the people in the newsroom and people in the community. I plan to work as hard as I can to fulfill the mission of KPBS, which is service to the community.”

The 60-year-old Shepherd, a native of Louisville, KY, also lived in Tennessee where his father attended seminary. Shepherd is the son and brother of Episcopal Church priests. His father, a retiree, lives in the Dallas area. His sister, the Rev. Canon Dr. Angela F. Shepherd, serves at St. Bartholomew’s Episcopal Church in the Atlanta area. Shepherd also has another sister in Texas and a brother in Palm Beach County.

Shepherd comes to KPBS from WLRN News in Florida, the public radio news outlet serving Broward, Miami-Dade, Palm Beach and Monroe counties. He spent the past 10 years at WLRN, including eight years as news director.

Before switching to audio news, Shepherd worked for nearly 14 years in various roles at the Miami Herald, including as money editor, multimedia business editor, weekend business editor and Business Monday editor. He also worked briefly for Bankrate.com in North Palm Beach, and seven years with the Boca Raton News, a newspaper that’s no longer publishing.

He has a bachelor’s degree in economics from the University of Virginia and a master’s in business administration from Florida Atlantic University.

“I’m exchanging news coverage of hurricanes for wildfires and earthquakes,” Shepherd said. “KPBS represents the type of professional challenge I’ve always loved in my career. The opportunity to be in a major market and lead a vibrant newsroom, provide structure, vision and support to the many great people in the newsroom is why I became a news leader.

“In addition, this is an opportunity for me personally to grow and chart the future of our TV, radio and digital platforms into an incredible service to all of San Diego’s audiences. Every news organization should strive to be like KPBS, a combination of TV, radio and digital.”

Shepherd is a founding member of the Network Handbook Working Group, a committee of public media news executives that focuses on issues faced by local public media stations.

He recently joined a panel at a convention of the Public Media Journalists Association and recommended that NPR member stations establish their own policies and operating procedures that mesh with their particular broadcast licensing entity.

“NPR journalists deal with different issues than journalists at local member stations that are licensed by universities, school districts and other government entities,” said Shepherd. “There needs to be flexibility in the public media industry.”

“I’m excited to work with Terence to further evolve our news agenda and tell the stories of all San Diegans,” Deanna Mackey, general manager of KPBS, said in a statement. “His track record for leadership is exemplary and he has led newsrooms that have won numerous Murrow awards over the years. He is also adept at developing cultural competencies in his news teams, which is incredibly valuable in journalism today.”

Shepherd succeeds Suzanne Marmion, who worked for 11 years at KPBS and left in August 2021.

Ippolito succeeds Melissa Forrest, who was named San Diego market president in September 2012 at a time when the company was called Clear Channel Communications.

Forrest, who has worked in radio sales since 2002, will transition into a consultant role, said an iHeart statement.

In an email to Times of San Diego, Forrest said, “I returned to iHeart in Atlanta in September of 2008. I was there for four years before joining the team in San Diego in September of 2012. I’m extremely proud of the culture and success we’ve created over the past almost 10 years. I will be a phone call away for the team here, but I’m also pursuing some long-held personal goals.”

Ippolito, who has worked for iHeart for 26 years, will report to Tom McConnell, division president for iHeartMedia Markets Group.

“Noreen is an incredible talent with an outstanding track record. She has strong business acumen and understands how to build and cultivate high performing teams,” said McConnell.  “She is the perfect choice to lead our San Diego and Riverside markets.”

Ippolito’s titles over the decades have included director of sponsorship, director of business development, VP of sales and, most recently, senior VP of sales for the San Diego and Riverside markets. She is a graduate of the University of San Diego with a bachelor’s degree in communications.

“I’m beyond grateful to the leadership team at iHeartMedia for entrusting me with some of the leading iHeart markets in the country,” said Ippolito. “iHeartMedia San Diego-Riverside is well positioned with exceptional programming, incredible talent and a culture built on respect, inclusion and success.”

San Diego-based GDX Studios, an experiential marketing firm, reports it was busy with several client activations and attractions at the recent Comic-Con 2022 at the San Diego Convention Center.

Also, GDX Studios organized an “Entertainment Weekly” street team that delivered 65,000 special Comic-Con, 31-page editions to guests. GDX also assisted with a panel about Adult Swim Festival, a virtual music and comic event, as well as a panel on “The Sandman,” a cosmic being who controls all dreams (the first season of “The Sandman” premiers Aug. 5 on Netflix).

This year’s four-day Comic-Con drew more than 135,000 attendees who generated a reported $3.2 million in hotel and sales tax revenue and overall economic impact of about $164 million for San Diego.

Local radio sports talk-show host Scott Kaplan, anchor host at XEPRS 1090-AM, The Mightier 1090 ESPN Radio, will be heard nationwide from noon to 3 p.m., Monday, Aug. 1, as he fills-in for “The Jim Rome Show,” a nationally syndicated sports talk-show.

“A pretty big deal for Kap and 1090” is how Bill Hagen, The Mightier 1090 ESPN Radio station operator, described the guest host opportunity.

It’s a one-day substitute assignment for Kaplan to cover for the vacationing Jim Rome, Hagen told Times of San Diego.

In June, The Mightier 1090 ESPN Radio began airing “The Jim Rome Show” weekdays from noon to 3 p.m. Rome had been off the air in San Diego since February, when he was dropped by KLSD-AM XTRA 1360, operated by iHeartMedia San Diego.

Rome’s show, based in Los Angeles, is considered the longest running nationally syndicated sports talk program in America. Distributed by CBS Sports Radio, the show is currently heard on more than 300 stations in North America.

Rick Griffin is a San Diego-based public relations and marketing consultant. His MarketInk column appears weekly on Mondays in Times of San Diego.