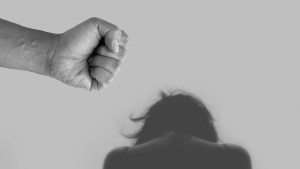 The message must have been  clear to leaders in Sacramento. Assembly Bill 2790, which sought to end mandated reporting of domestic violence to law enforcement, failed in the Senate Appropriations Committee.

Existing law requires medical professionals to alert police when they have a patient they suspect is a victim of domestic violence. But advocates of the bill said reporting can prevent victims from seeking medical care.

The “how” is rarely revealed when a bill doesn’t get out of the appropriations committee. But the “why,” said former San Diego City Atty. Casey Gwinn, can be explained. Gwinn led the effort to create the first “all under one roof” domestic violence help center and strongly opposed  AB 2790.

“The bill is dead,” he said, and he credits San Diego media coverage. Up to that time, there had been no reporting of the now controversial bill and it had sailed through with the Assembly and headed to the Senate side.

It was an article published on Times of San Diego that led to extensive coverage in the days that preceded the Senate hearing. The additional reports prompted three television news stories about the “irresponsible nature of AB 2790,” Gwinn said.

“Ultimately, we identified nine news stories” and “we sent them to all elected officials in San Diego County and to all members of the Senate Appropriations Committee,” Gwinn explaned.

He concluded by saying the media coverage “played a crucial role in ensuring that a terrible public policy idea did not become law in California.”