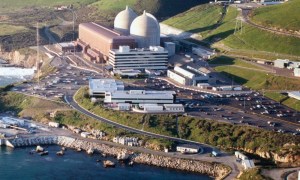 Gov. Gavin Newsom is proposing to give Pacific Gas & Electric a $1.4 billion government loan to extend the life of a nuclear power plant it runs by as much as a decade as the state seeks to shore up electric reliability while moving away from fossil fuels.

The proposal, which would have to be introduced as a bill in the state legislature, is the latest in a series of steps California has made this year to reconsider its 2016 decision to retire the Diablo Canyon power plant by 2025.

California wants to produce all of its electricity from clean sources by 2045, but has faced challenges with that transition, such as rolling blackouts during a heatwave in 2020.

“The Governor supports keeping all options on the table as we build out our plan to ensure reliable energy this summer and beyond,” a spokesperson in his office said Friday. “This includes considering a limited term extension of the Diablo Canyon Power Plant, which continues to be an important resource as we transition away from fossil fuel generation to greater amounts of clean energy.”

Under Newsom’s proposal, the state’s utility regulator would delay Diablo Canyon’s retirement to between 2030 and 2035. The extension may require regulatory actions by agencies, including the state’s water control board and its land, utilities and coastal commissions, but it would exempt them from abiding by some environmental laws. It would also make clear that no coastal development permits or additional studies need to be completed by the Coastal Commission.

The proposed bill would also authorize a loan of up to $1.4 billion to Diablo Canyon owner PG&E to cover relicensing costs Diablo Canyon’s current federal licenses expire in 2024 and 2025.

PG&E is also applying for separate federal funds under a $6 billion U.S. Department of Energy program aimed at saving nuclear power plants that are scheduled to retire.

“We are proud of the role that DCPP plays in our state, and we stand ready to support should there be a change in state policy, to help ensure grid reliability for our customers and all Californians at the lowest possible cost,” PG&E spokesperson Lynsey Paulo said in an emailed statement.

The Biden administration has been pushing to revitalize the waning nuclear industry as part of a plan to cut U.S. greenhouse gas emissions, though just under half of Americans support nuclear power to generate electricity, according to a June Reuters/Ipsos poll.