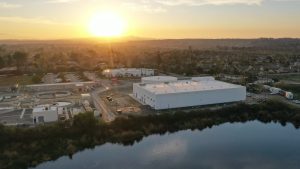 Pure Water Oceanside has been awarded a $9.9 million grant following a recommendation by the office of U.S. Interior Secretary Deb Haaland, it was announced Tuesday.

The funding will be awarded via the Bureau of Reclamation’s WaterSMART: Title XVI WIIN Water Reclamation and Reuse Projects funding, a statement from the city read. Oceanside is one of 25 applicants named for this funding.

“It is very important to the city that Pure Water Oceanside is affordable for our community,” Oceanside’s Water Utilities Director Lindsay Leahy said. “We have made great strides through the award of multiple grants, loans, and incentive programs through the Bureau of Reclamation, EPA, Department of Water Resources, Metropolitan Water District and the San Diego County Water Authority.

“We are thankful for the continued support from the Bureau of Reclamation,” she added. “This funding helps to ensure Oceanside can continue to develop a cost-effective, reliable, local water supply.”

Through its WaterSMART program, the Bureau of Reclamation provides grants to water districts and communities to “reclaim and reuse wastewater and impaired ground and surface water in the Western United States,” according to the bureau.

Pure Water Oceanside is intended to purify recycled water to create a new local source of drinking water that is clean, safe, drought-proof and environmentally sound. When finished, the project is slated to provide more than 32% of the city’s water supply — between 3 and 5 million gallons per day.

Before the project, the city imported nearly 90% of its drinking water from the Sacramento Bay Delta and the Colorado River. Pure Water Oceanside began operation and testing at the end of 2021, and final construction is expected to be complete at the end of 2022.

It will be the first operating potable reuse project in San Diego County.