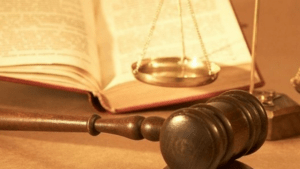 After a brief two-year hiatus, the “Golden State” once again reclaimed the top spot in the latest Judicial Hellholes list in December 2021. The annual report released by the American Tort Reform Foundation shines a spotlight on the worst civil justice climates across the country.

California has little hope of removing itself from the top of this list as it continues to embrace novel theories of liability that dramatically undermine the state’s business environment and economic growth.

Widespread lawsuit abuse continues to wipe out billions of dollars of economic activity annually. The most recent economic data reports that every California resident pays a “tort tax” of $1,917 as a result of the state’s broken civil justice system. Unfortunately, for California residents and businesses, their tort tax is likely to get worse before it gets better.

For years, the trial bar in California has taken advantage of the state’s lucrative financial incentives for launching frivolous class action lawsuits. Now, they are turning their attention to a new target: lapsed life insurance policies.

The California Supreme Court created a litigation stampede when it applied the terms of a 2013 statue to all life insurance policies in force when the statue went into effect, regardless of when the policies were originally issued.

In this clear example of judicial activism and overreach, the California Supreme Court overruled the judgment of the state insurance commission, which originally interpreted AB 1747 to be prospective only and provided guidance for several years to insurance companies that this was the case.

Back in 2013, the Department of Insurance’s Chief Counsel of the Policy Approval Bureau, Leslie Tick, stated, “In general, new laws take effect on a going forward basis so that everyone knows what the law is when they enter into an agreement, such as an insurance policy. If the statutes had retroactive effect they would effect [sic] actions which have already occurred, and which were lawful at the time, making them retroactively unlawful. Parties to a contract would have no certainty as to the terms of their agreement if the Legislature could change those terms retroactively.”

Following the 2021 McHugh decision, the trial bar saw its opportunity to score a major new payday by opening the floodgate on class action lawsuits against life insurance companies. More than 20 class action lawsuits so far have been filed across the state seeking to hold insurance companies liable for lapsed policies, despite the fact that many consumers voluntarily allowed the policies to lapse and have suffered no actual harm.

What many don’t realize is that these class action settlements far too often provide little to no benefit to class members, but instead serve to enrich the trial lawyers who bring these suits. According to a study released by Jones Day, in 2019 and 2020 plaintiffs’ lawyers bringing class actions received on average 10% more than the classes they represented. In claims-made settlements, class members as a whole received on average less than 30% of any monetary award.

Additionally, if the theory currently being put forward by the plaintiff’s bar in these class action lawsuits is allowed to procced, a viable claim can be brought against an insurer for a “lapsed” life insurance policy years after the fact — regardless of whether it was intended or not. Any policy that is entered into can be the subject of one of these lapse claims unless the insurer actually pays it out.

This is an extremely dangerous precedent that will result in skyrocketing premiums for California consumers while the trial bar continues to cash in on meritless lawsuits. At a minimum, California courts must require that plaintiffs demonstrate that they were actually harmed by an insurance company’s statutory violation and not allow baseless class action lawsuits to move forward.

Entrepreneurial litigation such as this serves, ultimately, only the interests of the trial bar and would further solidify California’s dubious status as America’s top Judicial Hellhole.

Tiger Joyce is the President of the American Tort Reform Association.