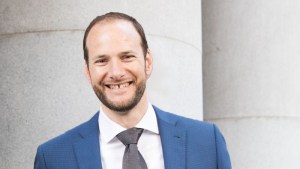 A Democrat like me needs to say something many Democrats won’t like to hear: The role of district attorneys in our criminal-justice system is to prosecute people who commit crimes.

The overwhelming vote earlier this month to recall District Attorney Chesa Boudin in deep-blue San Francisco should serve as a wake-up call for every Democrat who cares about the credibility of the party on the issue of public safety.

I live in Los Angeles, so I haven’t followed in detail all the grievances that led to the voters yanking Boudin from the office to which he was elected less than three years ago. From afar, however, it looks like some of these factors played into his recall:

It’s not to act like public defenders; we already have those. They defend those who break the law and can‘t afford a lawyer, and their work is a necessary and important part of our system of justice.

Nor is it to be a social welfare agency, providing relief or excuses for criminals.

Can they also be involved in efforts to improve the system? Are there needed reforms and changes that should be made? Of course. We know from our long history that the criminal-justice system is far from perfect. But if public perception of a DA is that he or she has elevated criminal-justice reform over their primary duty as a prosecutor, they can and usually will run into serious trouble, as Boudin did.

It’s like former San Francisco District Attorney Kamala Harris dubbing herself a “progressive prosecutor” in her presidential run. I believe that even many Democratic voters found that appellation to be an oxymoron, like a “kinder, gentler bill collector” or “compassionate auto repo man.” A prosecutor prosecutes, pure and simple.

We have numerous other examples in California of Democratic DAs whose reputations as their county’s top prosecutor were damaged by the way they handled criminal cases. Take, for example, here in Los Angeles County, Ira Reiner in the Rodney King case and McMartin preschool scandal, or Gil Garcetti in the O.J. Simpson trial.

Harris and her refusal as district attorney to charge the death penalty against a cop killer in San Francisco would have been a liability even among many Democrats nationally had she been the Democratic nominee for president in 2020. And in heavily Democratic Los Angeles County, District Attorney George Gascon, the former San Francisco DA and another self-described “reformer,” is now also facing the serious threat of a recall.

If district attorneys don’t aggressively and competently carry out their role as the chief public prosecutor, there is no one else who can do it. City attorneys are largely civil litigators, defending and providing advice to the city government.

Although attorneys general regularly call themselves the state’s “top cop,” they rarely prosecute individual street crimes. That’s the job, again, of the district attorney in every county.

So, memo to district attorneys, especially Democrats: First and foremost, do your day job. If you have time left over, you can dabble in criminal-justice reform or other secondary lines of endeavor.

Garry South is a veteran Democratic strategist who managed Gray Davis’ successful gubernatorial campaigns in 1998 and 2002 and was senior advisor to Gavin Newsom’s first run for governor in 2008-09, before Newsom exited the race. He wrote this commentary for CalMatters, a nonprofit, nonpartisan media venture explaining California policies and politics.