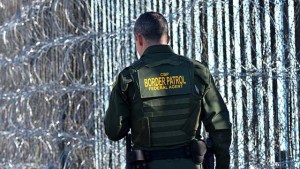 A routine press release from the Border Patrol caught my eye because of its detailed tally of the countries of origin of two groups totaling 224 individuals apprehended this month in Imperial Beach. The list read like the United Nations.

Yes, there were Mexicans, as everyone assumes, but the majority were from Brazil. Also in the mix were immigrants from Sierra Leon, Peru, Nigeria, Nicaragua, Haiti, Gambia, India, Cuba, Romania and Nepal.

They crossed the border through drainage tubes, with smugglers using blowtorches to cut bars inside the tubes.

These groups caused a minor problem for the Border Patrol because most of the migrants didn’t speak Spanish.

Americans, especially those who regularly watch Fox News, can be forgiven for thinking we have a problem with immigration from Mexico. It’s a narrative that has unfortunately become as American as hamburgers, French fries and pizza.

Brazil? That country’s authoritarian president is already warning that the upcoming election may be rigged against him. And he speaks glowingly of the days when that country was ruled by a military junta. So it makes sense that smart Brazilians would want to leave.

Romania? It’s near Ukraine and might be Vladimir Putin’s next target in creating a new imperial Mother Russia. Unless you like one-man rule, you might want to leave now.

Nepal? In the 1960s counter-culture Americans flocked there to seek the enlightenment of the gurus. Maybe now an economic future outweighs inner peace.

The truth is, people from all over the globe are risking all to come to the United States.

This is generally considered a problem. Many Americans don’t appreciate an influx of people bringing other cultures that some worry will undermine our society. They also worry that immigrants will take jobs and drain public coffers through welfare.

But what if we viewed this influx as an opportunity? If you have a business and people are literally risking life and limb to get your product, then you have an opportunity.

This opportunity is clouded by preconceptions, of course. Many people think immigrants are only coming for handouts. But why would you travel thousands of miles, even across the ocean, with just the clothes on your back for food stamps? There has to be a more significant reason.

The answer is ironically opportunity itself. Immigrants have a reputation for working hard and taking jobs natives won’t. Who’s going to pick tomatoes, deliver Amazon packages and care for millions of aging Baby Boomers? We have jobs, and immigrants know it. Furthermore, they know that here at least they have a chance to improve their situation by working hard, maybe even starting a business.

Many Americans, even those opposed to immigration, would recognize this in their family history. My wife’s ancestors, who came from Belarus and Ukraine, were trash haulers when they first arrived in America. Their children went to college and founded companies. Maybe even the immigrant owners of Fox News can recognize this in their past.

So why don’t we find a way to harness the risk-taking drive of most immigrants?

In a world where America’s chief adversaries — China and Russia — have negative population growth and citizens clamoring to leave, maybe immigrants are an opportunity for America?

In a world where oligarchs and crony capitalists don’t want change, why don’t we welcome talented entrepreneurs to America with open arms?

In a world where education is restricted and autocrats want to control thought, why don’t we educate the most promising students here to help build the American economy.

I don’t have the answer, but comprehensive immigration reform should leverage the opportunity presented by the United Nations of migrants arriving at our border?

America is still, as the Pilgrim John Winthrop said, and President Reagan famously reiterated, a shining “city upon a hill.” Let’s take advantage of this.

Chris Jennewein is editor and publisher of Times of San Diego.