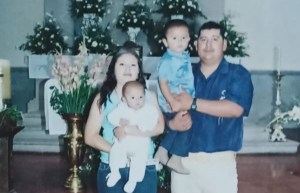 Joel Reyes Muñoz and his family. Courtesy of Juanita Castro

Few details are publicly available about how a Mexican citizen died in federal custody in a parking lot just west of the Otay Mesa Port of Entry more than six months ago.

Now new details have emerged in records obtained by inewsource that raise questions about whether Reyes Muñoz’s death could have been prevented.

But the still thin details surrounding his death also raise questions for Reyes Muñoz’s family and immigration reform advocates about whether authorities took appropriate steps to prevent his death.

Nearly two hours passed between the time a Border Patrol agent spotted a group of migrants crossing into the U.S. leading to Reyes Muñoz’s detention and when he died.

In the more than six months since his death, neither Border Patrol nor its overseeing agency, Customs and Border Protection, have released information on what led up to Reyes Muñoz’s death. Spokespeople for those agencies did not return multiple requests for comment for this story.