Rate Rise Could Tighten Rental Market Further in San Diego, Where Rents Up 30% Since Pandemic 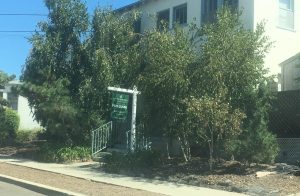 If you’re a renter and it feels like the pain has been going on for a while, you’re right. More than two years, in fact, as local rental costs have risen 30% since the pandemic began.

Apartmentlist.com, in its August Rent Report, notes that the market has cooled slightly from last summer’s peaks, but in the past year San Diego rents have jumped 17.6%.

To compare, the state median rent rose by 12.3% and the national median rose by 11.7% in the same period.

The web service also suggests that with the recent increase in interest rates renters will be shut out of the home-buying market, adding to the competition for rentals.

In other local findings from the report, based on data collected through July:

On a percentage basis, some San Diego suburbs logged rises even sharper than San Diego’s:

Looking for a slowing market? Try Phoenix, according to Apartment List, which reports that rents outside the city, in Scottsdale, have fallen by almost 7% this year, though after a protracted boom.