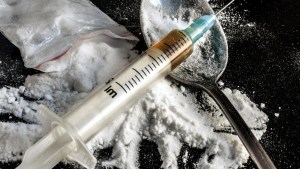 Republicans in the state Senate called for Gov. Gavin Newsom to veto a bill that would allow three California communities to set up clinics where addicts can take drugs under medical supervision.

The intent is to prevent deaths, and similar programs are in operation in Canada and Australia, but Senate Republicans say the effect will be to create sanctioned “drug dens.”

“This dangerous measure endangers neighborhoods, communities, and businesses,” said Sen. Brian Jones, who represents East County. “Allowing people to get higher than a kite on heroin and other dangerous drugs, then turning them loose afterwards onto the streets is just crazy.”

“The legislature must work in tandem with law enforcement to get illicit drugs off our streets and hold drug dealers accountable for the lives they ruin,” said Wilk. “SB 57 doesn’t do that and could ultimately result in innocent people becoming victims to the crimes and hazards surrounding drug abuse.”

But the bill’s sponsor, Sen. Scott Weiner of San Francisco, said the legislation would save lives.

“San Francisco and other California cities are experiencing record overdose deaths, and safe consumption sites are a proven strategy to save lives and help people into recovery,” he said.

The legislation passed on Aug. 1 with all Senate Republicans voting no.