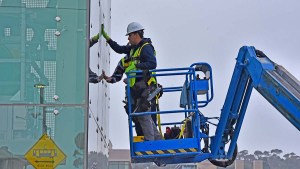 San Diego County’s unemployment rate decreased to 3.1% in July from a revised 3.2% in May, according to the latest figures released by the state Employment Development Department.

July’s unemployment rate was considerably less than July 2021’s rate of 6.9%. Last month’s rates compare with an unadjusted unemployment rate of 3.9% for California and 3.8% for the nation during the same period.

Government led all industry sectors in month-over losses with 14,700 fewer jobs. Local government — down 10,600 — accounted for 72% of the decline. Additionally, state government reduced job levels by 4,300. On the contrary, federal government gained 200 jobs.

Two other industries contracted employment over the month: financial activities — down 600 — and trade, transportation, and utilities — down 500.

Leisure and hospitality led all industries in month-over job gains with 4,600 added. Accommodation and food services grew by 3,900 jobs and arts, entertainment, and recreation increased by 700.

During the year, professional and business services experienced a job growth of 12,900,

Additional year-over employment growth were also reported in government with 8,300, other services with 5,200, educational and health services with 4,900, trade, transportation, and utilities with 4,600, construction with 3,000, and information with 100. Employment remained unchanged in mining and logging.

Year-over employment losses occurred in financial activities — down 2,100 —  and manufacturing — down 1,400.