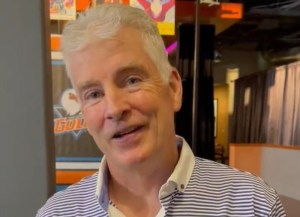 The San Diego Gulls Tuesday announced the hiring of Roy Sommer, the winningest coach in American Hockey League history, as their coach, replacing Joel Bouchard, who was fired after their first losing season.

“Roy brings invaluable experience behind the bench as the winningest coach in the history of the AHL,” said Gulls general manager Rob DiMaio, who is also an assistant general manager with the Gulls’ NHL parent team, the Anaheim Ducks. “His strong track record of developing players ready to play in the NHL will help us continue a winning culture in San Diego for the league’s top fans.”

Sommer had spent the past 24 seasons as the coach of the San Jose Sharks’ AHL affiliate, including the past seven with the San Jose Barracuda. The Barracuda announced May 18 that the 65-year-old Sommer would become a senior advisor for the Barracuda, assisting general manager Joe Will with various scouting and player development efforts.

Sommer’s 1,736 games coached are also the most in AHL history.

Sommer received the A.R. Pieri Memorial Award as the AHL’s coach of the year in 2017 after leading San Jose to a 43-16-9 record and an appearance in the Western Conference final.

Sommer also coached five seasons in the ECHL with a 176-124-34 record. He led the Richmond Renegades to the Kelly Cup championship in 1995 and received the John Brophy Award as the ECHL’s coach of the year guiding the Renegades to a league-best 46-11-13 record and a league-record 105 points.

Sommer was an assistant coach with the Sharks from 1996-98 and their associate coach for a portion of the 2019-20 NHL season, before rejoining the Barracuda as coach prior to the 2020-21 season.

Bouchard was fired May 11, six days after his lone season as the Gulls’ coach ended when they were swept by the Ontario Reign, two games to none, in a best-of-three first-round playoff series.

Bouchard coached the Gulls to a 28-33-4-3 record in the 2021-22 season, their lone losing record in their seven seasons in the AHL, finishing seventh in the nine-team Pacific Division.