San Diego Moms: Why You Should Consider Freezing Your Child’s Credit 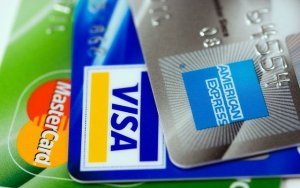 $2.67 billion. That is the total amount of losses American children and their families faced after having their identities stolen. What’s even worse? That number only accounts for the losses in 2017.

Javelin Strategy & Research estimates that one in 50 American children were victims of identity fraud and one in 45 had personal information exposed in a data breach in 2020. The research group also estimates that American families face at least $1 billion in losses each year as a result of their child’s identity being stolen.

With a possible recession on the horizon (according to some financial experts), the number of stolen identities will only increase.

“Identity theft is one of the most significant financial harms in this country,” Eva Velasquez, president and CEO of Identity Theft Resource Center, said. “Not to create fear mongering, but it is a concern and it is something that parents should be aware of.”

It’s something parents should be aware of because criminals have stolen children’s identities to take out credit cards despite the fact that one can not legally take out a credit card without being at least 18 years old.

Although ​​the Economic Growth, Regulatory Relief, and Consumer Protection Act, a bill signed into law in 2018, enhances consumer protections — identity theft among children continues to increase.

“Identity theft is a challenge for parents to understand because we don’t know it can affect children, but children have identity credentials,” said Velasquez, whose nonprofit provides free support and advice to victims of identity theft.

Velasquez, who has worked with countless victims and their families, said there are a number of stories that stand out to her.

“There was a young girl who was trying to get student loans and came to find out her credit file had been misused for over a decade,” Velasquez said. “It took three years to get everything cleaned up. This young girl had to wait three years to go to college to further her education.”

Another time, a woman turned to the Identity Theft Resource Center for guidance after her mother had misused her credit for the second time.

“There were financial implications and there was emotional trauma for this young woman,” Velasquez said.

Although there are many stories of identity theft, there is one way parents can protect their children from being the next victim — by freezing their credit with each of the three credit bureaus. By freezing your child’s credit, criminals are unable to open credit cards under your child’s name. The children will have the ability to unfreeze their credit as adults or when they are ready.

“There are robust steps to reduce the risk,” Velasquez said. “It’s a tedious process, but it’s easy to do.”

Here’s how to freeze your child’s credit:

Finally, if you’re confused about the process or you’re the victim of identity theft, Velasquez urges you to call the Identity Theft Resource Center for help.

For more information about the Identity Theft Resource Center, go to idtheftcenter.org.