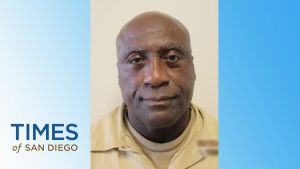 State hospital officials are proposing to place a man classified as a sexually violent predator in a home in Jacumba Hot Springs, it was announced Tuesday.

William Stafford, 71, has been recommended by the California Department of State Hospitals for placement at a home located at 42457 Old Highway 80.

Stafford is classified as a sexually violent predator, a designation for those convicted of sexually violent offenses and diagnosed with a mental disorder that makes them likely to re-offend. After serving their prison sentences, SVPs undergo treatment at state hospitals, but may also petition courts to continue treatment in outpatient locations, where they are monitored via GPS, among other measures.

According to the San Diego County District Attorney’s Office, Stafford has been convicted of “numerous sex offenses between 1968-1990 in San Diego County,” including rape by force/fear and unlawful sexual intercourse with a female under the age of 18.

He was sentenced to 20 years in state prison in 1990. Just prior to his release date, he filed a petition to be civilly committed as an SVP and was later committed to the Department of State Hospitals for sex offender treatment and confinement.

County Supervisor Joel Anderson issued a statement following the announcement of Stafford’s proposed placement, which stated, “East County is tired of being the dumping grounds for sexually violent predators.”

Anderson said Stafford would mark the fourth SVP “dumped” on Jacumba, which he said would amount to one SVP for every 135 residents in the community.

“Placing more SVPs in our economically disadvantaged back-country communities, while wealthier communities have zero SVPs, is not equitable — and it’s not right,” Anderson said.

A Sept. 30 court hearing has been scheduled regarding the merits of the Jacumba placement location, during which members of the public are typically allowed to make comments to the court regarding the suitability of the placement. That 9 a.m. hearing will be held at the San Diego Central Courthouse.

Public comments may also be submitted between Sept. 1 and Sept. 15 to the SAFE Task Force, a regional law enforcement team that monitors and enforces sex offender registration laws in the county.