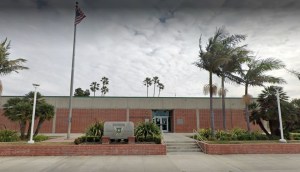 A case involving the stabbing of a Huntington Beach girl after school hours in 2018 could lead to a landmark decision that will affect after-school programs throughout California.

Attorney Stanton Matthews, who represented the Edison High School student in a lawsuit against the district, said the outcome so far “reaffirms the right of students to be safe on campus.”

The girl had been at track practice after class, went to a Starbucks with a friend, and then returned to the school to pick up her books in the locker room. On their way, the teen girls were taunted and followed by a man on rollerblades.

After getting their books, they called a parent and headed for the parking lot to be picked up. That’s when the man stabbed one girl, leaving her seriously injured with a pierced colon. The victim endured two operations and is now forced to wear a colostomy bag.

Michael Anthony Meer, a former student, pleaded  guilty to assault and battery, a misdemeanor.  He was sentenced to 180 days in jail.

The assault occurred on campus around 5 p.m., but school officials had all left by 4 p.m., so there was no supervision, even though the locker room stays open until 6 p.m. and the swim team was still practicing.

The victim sued the school district, but Superior Court Judge Richard Lee granted summary judgement and dismissed the case, ruling that the girl’s safety was not the school’s responsibility since she had previously left the campus.

Attorney Matthews said he argued that the district had a responsibility to protect students even if they leave the campus and then return. Matthews asked the judge to compare it to an athletic contest: stepping out of bounds doesn’t mean you are finished for the game because you return to the court and play on.

The judge, says Matthews, was adamant that once the student went to Starbucks the school had no responsibility.

But the victim appealed, and the appellate court has returned the case to Orange County Superior Court to be tried by jury. Normally a case returned to the local court moves quickly through the system, unlike a new case filing.

Appellate Justice Eileen C. Moore held that “the District owed (the victim) a duty of care because she was stabbed while she was on campus during school-related or encouraged functions,” but said it would be up to a jury to make the final determination.

Should the jury find in favor of the student, there could be costly consequences for school districts across the state.

“The Court of Appeal justices felt that this was an important enough decision, it should be part of the official case law,” said San Diego Attorney Monty McIntyre. “When the appellate or Supreme Court of California decides to publish a case, that then goes in the official case law books. It will be a law that be cited from forever.”

JW August is a San Diego-based broadcast and digital journalist. August has reported on sex and labor trafficking for twenty years.