Study: Student Loan Debt in California Among the Lowest in the Nation 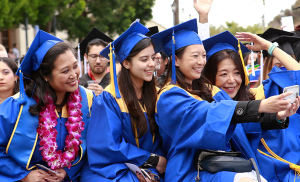 A study released on the same day that President Biden announce limited forgiveness of students loans shows that California is one of the states least burdened by this debt.

California ranks 48th in average student debt adjusted for income, with only New Mexico and Utah ranking higher, according to Washington, DC-based WalletHub.

The online financial services firm said West Virginia came in at the bottom, with Pennsylvania and South Dakota close behind.

Biden announced Wednesday the U.S. government will forgive $10,000 in student loans for millions of debt-saddled former college students, keeping a pledge he made in the 2020 campaign for the White House.

The move could boost support for his fellow Democrats in the November congressional elections, but some economists said it may fuel inflation and some Republicans in Congress questioned whether the President has the legal authority to cancel the debt.

The WalletHub study did not provide a reason why California ranked so well, but the state boasts the three top public universities in the world, as well as an extensive network of state and community colleges. California has also cracked down on costly for-profit college programs.

“In-state universities generally offer quality education for much less than universities outside your state,” said Jeff Dew, an associate professor at Brigham Young University in Utah. “Community colleges are a great way to start and may allow you to save money on the first two years of your studies.”