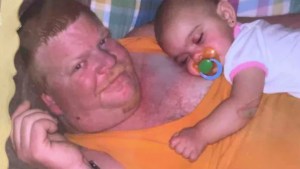 A woman who drove an SUV over a man after he confronted her for beating a child in an apartment complex parking lot near the Lincoln Park neighborhood was sentenced Monday to nine years in state prison.

Tantrina Spencer-Simmons, 26, pleaded guilty to assault with a deadly weapon and hit-and-run charges for running over the then-50-year-old victim in August 2019.

The victim, James Shank, was one of several people who heard a child — later identified as the defendant’s 8-year-old sister — screaming in a parking lot in the 300 block of 47th Street, according to police.

Prosecutors allege that the victim saw Spencer-Simmons striking the girl with a belt, told her to stop and took out his cell phone to call police.

The defendant responded by deliberately striking the man with her SUV, dragging him over 40 feet before completely running him over, according to Deputy District Attorney Brian Erickson.

Spencer-Simmons drove off, but turned herself in later that day.

She was initially charged with attempted murder and was set to go to trial on that count one week after she pleaded guilty. Erickson said her plea included admissions that she knew Shank was calling police in connection with the incident with her sister.

At Spencer-Simmons’ sentencing hearing, Erickson said Shank’s body was “completely crushed” by the defendant’s vehicle. “The fact that he lived is probably a miracle,” Erickson said.

In a written statement read in court by the prosecutor, Shank said that he has spent the past three years re-learning how to sit up, stand up and walk. According to Erickson, Shank is likely to require the use of a wheelchair for the rest of his life.

Shank’s daughter, Ashley Manuel, said her father has undergone more than 50 surgeries since the day he was struck.

“The amount of anguish and stress she has inflicted upon us has been unmanageable,” Manuel said at the hearing. “We will forever be changed because of your actions on one day in the heat of the moment. I would like to say that we forgive you, but the truth is my forgiveness doesn’t erase your carelessness.”

Spencer-Simmons chose to address the victims, and said, “I honestly do apologize to you and your family for all the pain that I have caused. I just hope that you guys forgive me and know that I am not a monster or someone that would intentionally cause this pain upon you. I honestly do apologize.”