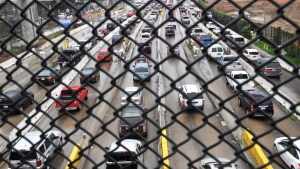 The U.S. Embassy in Mexico City has issued a travel alert for Tijuana and Rosarito because of possible fighting between criminal groups and Mexican security forces.

The embassy said the concern stems from the July 2 arrest of a prominent cartel leader.

“U.S. citizens should expect to encounter increased Mexican law enforcement presence in those areas,” the embassy said. “Criminal organization assassinations and territorial disputes can result in bystanders being injured or killed.”

A travel advisory in effect since June ranks Baja California at “Level 3” out of four and advises Americans to “reconsider travel due to crime and kidnapping.”

Travel advisories for parts of Mexico are not uncommon. According to the State Department, “transnational criminal organizations compete in the border area to establish narco-trafficking and human smuggling routes. Violent crime and gang activity are common.”

The department noted that most crime occurs in non-tourist areas and appears to be targeted at other criminal organizations.