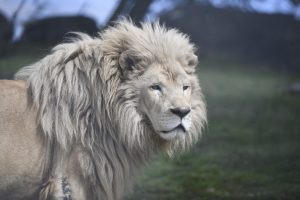 Some big cats ( and not the domestic kind) need help and they’re getting some from a local sanctuary but need even more.

Leading the call for support among the accredited sanctuaries is San Diego’s Lions Tigers & Bears big cat and bear sanctuary.

“We need to keep these animals from going from one bad situation to another,” said Bobbi Brink, founder, and director of Lions Tigers & Bears. “These cats are underweight, malnourished, and have open wounds … they need to be transferred to accredited sanctuaries so they can live their lives safely and with dignity.”

Brink and her rescue team are leading a coordinated effort among 16 sanctuary members of the Big Cat Sanctuary Alliance, who have offered to provide transportation, logistics, and lifetime homes to at least 50 cats at their U.S.-based sanctuaries. The team is also working on identifying additional opportunities for placement in other established, true sanctuaries.

On Tuesday the San Diego sanctuary raised nearly $5,000 through a GoFundMe page to send the on-the-ground veterinary team medical supplies, including medicine, wound care, antiseptic, de-wormer, pain treatment, microchip supplies, and more as they care for the cats.

Last week, the facility was raided by the Mexican government, which gained control of more than 200 big cats on the property concerning health conditions, including African lions, white lions, tigers, jaguars, and pumas.

Since then, eight cats in critical condition were relocated to local zoos for treatment. However, the rest of the cats are still on-site, being monitored by government officials and veterinarians. Many are underweight, malnourished, and have open wounds.

An update with photos from the Mexican government on July 7 says the specimens have “an advanced degree of malnutrition, dehydration, and general neglect.” There is no running water or electricity where these animals are being kept, and many are in fair to poor condition.

For years, The Black Jaguar-White Tiger Foundation’s facility has been a travel destination for actors, reality TV stars, athletes, and artists, who have partaken in public contact with the animals. Unfortunately, the facility deceived its visitors by operating under the guise of conservation.

“A true sanctuary doesn’t allow contact or breeding, when you see a facility conducting such practices, it is a huge red flag,” Brink said. “Facilities that allow full contact with big cats need to breed constantly to have a supply of cubs for photo opportunities. Facilities like these only have the interest of the owner in mind … while the animals are the ones that suffer, as we’ve seen with Black Jaguar-White Tiger.”

Lions Tigers & Bears has provided a haven to abused and abandoned big cats and bears for 20 years and inspires and educates the public to end the exotic animal trade. Brink and her team have coordinated the rescue of more than 1,000 exotic animals over the years, bringing them from horrendous living conditions to accredited sanctuaries around the country, including her own.