With Interest Rates Rising, Home Prices Fell in San Diego and Across State in June 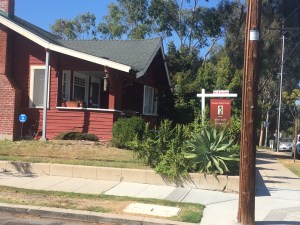 A for-sale sign on a Mission Hills home. File photo

“California’s housing market continues to moderate from the frenzied levels seen in the past two years, which is creating favorable conditions for buyers who lost offers or sat out during the fiercely competitive market,” said CAR President Otto Catrina, a Bay Area real estate broker, on Monday.

“With interest rates moving sideways in recent weeks and fewer homes now selling above listing price, prospective buyers have the rare opportunity to see more listings coming onto the market and face less competition that could force them to engage in a bidding war,” he said.

Transactions involving the most expensive homes fell across California. Sales of homes priced $2 million and up plummeted 17.9% from May.

“With inflation remaining high and interest rates expected to climb further in the coming months, the market will normalize further in the second half of the year with softer sales and more moderate price growth,” he said.