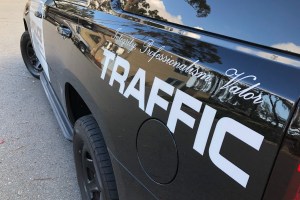 One person was killed Monday and two others were seriously hurt when a motorcycle crashed into a bicycle on an ocean-front street in Carlsbad, authorities reported.

The fatal collision on Carlsbad Boulevard near Palomar Airport Road occurred about 1 p.m., as the motorcyclist was fleeing to the north from a state parks officer trying to pull him over for speeding and reckless riding, according to police.

The bicyclist, described only as male, died at the scene of the crash.

The names of the three were not immediately available.