Another Sexually Violent Predator Proposed for Placement in Borrego Springs 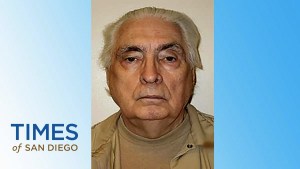 State hospital officials have proposed placing a 79-year-old man classified as a sexually violent predator at a supervised home in Borrego Springs, it was announced Tuesday.

The proposal would place Douglas Badger into a home at 1619 Zuni Trail. A court hearing on the merits of the proposed location is set for Aug. 5, during which the public may weigh in on whether the location is appropriate.

Public comments will also be accepted via phone, email, or mail between July 8
and July 22 regarding the placement.

Badger was convicted of offenses that include child molestation, kidnapping and forcible oral copulation, with his victims predominately being male strangers, many of them hitchhikers, according to the San Diego County District Attorney’s Office.

Badger is classified as a sexually violent predator, a designation for those convicted of sexually violent offenses and diagnosed with a mental disorder that makes them likely to re-offend. After serving their prison sentences, SVPs may undergo treatment at state hospitals, but may also petition courts to continue treatment in supervised outpatient locations.

Badger was previously recommended for conditional release into a home in the Mount Helix neighborhood, which drew considerable pushback from residents and a judge eventually ruled against placing Badger there.

Another placement was proposed last year for a home in Rancho Bernardo, but the owners of the home later withdrew their agreement to allow their property to house SVPs.

A court hearing is also scheduled later this week regarding the proposed placement of another SVP, Michael Martinez, at a Borrego Springs home on Running M Road.

Comments regarding Badger’s placement may be made at the  hearing on August 5 at the San Diego Central Courthouse or submitted by calling 858-495-3619 or emailing sdsafe@sdsheriff.org. Comments can also be mailed to: SVP Release/SAFE Task Force, 9425 Chesapeake Drive, San Diego, CA 92123).