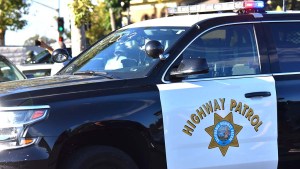 At least one person was seriously injured Wednesday in a crash involving several cars in Chula Vista, including one that overturned.

The California Highway Patrol reported that a silver Honda CRV was rear-ended, leading to a pileup of at least four cars on Interstate 5 near E Street around 6 a.m.

The CHP did not disclose the nature of the injuries, but did say that one person suffered “major injuries.”

Three lanes of the freeway were impacted for about an hour.