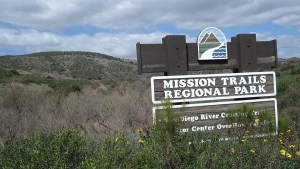 San Diego recently acquired 25 acres of land for $773,500 to add to the preserved wildlife areas within Mission Trails Regional Park, it was announced Thursday.

The sale is part of the Multiple Species Conservation Program and is intended to protect the Diegan Coastal Sage Scrub and some native grassland habitats on the land. According to a release from the city, staff also believe there is a high potential the federally endangered California Gnatcatcher bird is present on the property.

“The conservation of this property contributes to a critical network of habitat and open space that protects plants, animals and ecosystems that ultimately improve our quality of life,” said San Diego’s Planning Director Heidi Vonblum. “It is our responsibility to protect this land not only for us, but for the generations that come after us.”

The land acquired is part of the East Elliot Community Planning Area, located just west of Santee, north of Mast Boulevard and east of Republic Services Sycamore Landfill. The city bought the land from a private seller with money from the Habitat Acquisition Fund – which is used to purchase land identified and targeted for conservation.

As a regional conservation effort, the Multiple Species Conservation Program spans a 900-square-mile area in southwestern San Diego County and several jurisdictions participate in the program, including the city.

San Diego developed its own specific plan for the MSCP, called a Subarea Plan, which the City Council adopted in 1997.

The MSCP Subarea Plan identified 52,727 acres of land deemed essential for the continued conservation of San Diego’s unique biodiversity. With this recent purchase, the city has now conserved approximately 98% of that land – intended to ensure the long-term protection of the 85 plants and animals covered by the MSCP.