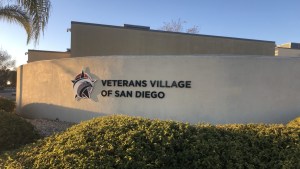 Another resident at San Diego’s esteemed rehab center for veterans has died of a suspected fentanyl overdose, prompting a second death investigation by the Drug Enforcement Administration.

On Tuesday evening, a client at Veterans Village of San Diego’s drug treatment program died on the campus. The name of the resident has not been released to the public.

The DEA’s Overdose Response Team visited the treatment center that night to start investigating. The DEA could not provide specific details about the incident but said its officers typically look for fentanyl supply sources and collect evidence for prosecution.

Thursday morning, Veterans Village leadership brought drug dogs onto the campus to search for illicit substances — a move that staff and residents had been requesting for many months as concerns about drug use on the property have intensified.

No drugs were found during the search, Veterans Village officials confirmed. The nonprofit is now conducting its own internal investigation to figure out how the overdose victim may have gained access to an illegal drug.

Residents said they were relieved to see the canines arrive at the treatment center and are hopeful that leadership is finally responding to their complaints and committed to making improvements. Some clients cheered as the drug dogs walked through the campus, thanking staff members and recent media coverage for calling attention to their concerns.

The death came days before Veterans Village’s premier annual event, Stand Down, which is being held Friday through Sunday at Roosevelt Middle School near Balboa Park. The event provides homeless veterans with food, clothing, legal support, medical services and other resources.