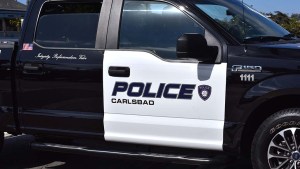 A woman was recovering in a hospital Monday from serious injuries suffered when the e-bike she was riding collided with an SUV.

The 35-year-old woman was riding near the intersection of Basswood Avenue and Valley Street with her 16-month-old daughter when they collided with a Toyota 4-Runner around 6 p.m. Sunday, according to the Carlsbad Police Department.

The woman was transported to a local hospital suffering serious injuries. The child did not appear injured, police said, but was also transported as a precaution.

The driver of the SUV remained at the scene and worked with police.

The accident was under investigation.