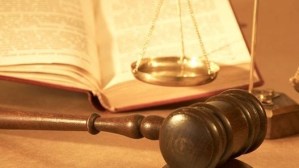 The former director of finance for the La Jolla Music Society was sentenced Thursday to 30 months in prison for embezzling more than $650,000 from the nonprofit over the course of nearly a decade.

Chris Benavides, 52, pleaded guilty earlier this year to a federal wire fraud count for stealing from the nonprofit between October 2011 and February 2021.

According to the U.S. Attorney’s Office, Benavides used the stolen funds to pay his mortgage, credit cards, utility bills and other personal expenses.

Prosecutors say he issued unauthorized checks to himself, then altered the company’s accounting records to make the payments appear to be for legitimate business expenses.

Benavides was fired by the La Jolla Music Society last year and the company reported the embezzlement to police. The organization has since filed a lawsuit against him alleging fraud and other causes of action.

Several members of the La Jolla Music Society attended Benavides’ sentencing hearing, including its president and CEO Todd Schultz, who said the defendant “systematically” stole from the organization over the decade-long period and at times, denied raises to staff because he claimed funds were not available.

Schultz said the organization believes the theft started earlier than 2010, but the nonprofit’s records don’t go back far enough to prove it.

He also noted that Benavides was making a six-figure salary and his theft was not committed out of desperation or due to being in dire financial straits.

“He didn’t have to steal. He wanted to steal,” Schultz said.

Steve Baum, chair of the nonprofit’s board of directors, said the organization is “relatively small” and operates “like a family.” Due to the tight-knit nature of the nonprofit, “people were really heartbroken” when the theft came to light, Baum said.

Benavides told U.S. District Judge Cathy Ann Bencivengo, “I’m ashamed of what I’ve done” and that he has since lost the trust of many friends “all because of my poor decisions.”

The judge, who imposed a higher sentence than the 24 months requested by the prosecution, excoriated Benavides, saying that this type of embezzlement is “way more egregious when a nonprofit is involved.”

In addition to custody, the judge issued a preliminary order to pay $650,000 in restitution to the nonprofit.