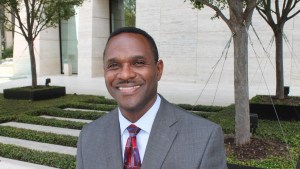 Dargan, who currently serves as the chief operating officer of the Houston Public Works Department, has 20 years of experience at various levels in America’s fourth-largest city.

“Eric is a true public servant who is ready to tackle our big challenges from building more housing and addressing homelessness to fixing our city’s crumbling infrastructure,” said Gloria at a press conference.

Dargan will take over from Jay Goldstone, whom Mayor Gloria appointed as interim COO while the city conducted the search for a permanent COO.

“I’m honored to have been selected to help Mayor Todd Gloria carry out his big plans for this beautiful city,” Dargan said. “I have a genuine passion for tackling significant challenges and making municipal operations as effective as possible for the people they serve. I look forward to bringing that passion to the city of San Diego.”

Dargan began his professional career with Southwestern Bell Telephone Company, where he served as director of telephone installation and repair in the Houston Region. He served in the Army for 10 years — two years as a lieutenant on active duty and eight years in the National Guard — reaching the rank of captain and serving as company commander in the 136th Signal Corps.

The confirmation hearing for Dargan’s appointment as COO is scheduled for the City Council meeting on Sept. 12. If confirmed, Dargan will begin his service as COO on Nov. 1.