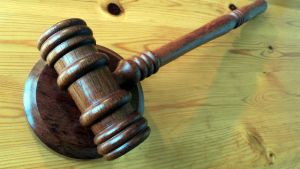 A man accused of murdering an 87-year-old Scripps Ranch resident who was found dead in a backyard swimming pool pleaded not guilty Monday to a murder charge.

Jeffrey David Smith, 60, is accused in the death of William Deignan, whose body was discovered on the afternoon of Aug. 2 in a pool at his home on Birch Glen Court. After a family member reported the incident to police, officers found the victim at the bottom of the nearly empty swimming pool, according to SDPD Lt. Steve Shebloski.

Police have not commented on Deignan’s cause of death, but Shebloski said that during the investigation, “officers noted circumstances that were considered suspicious.”

Investigators later “developed probable cause to believe that Deignan was killed at his home” and discovered the existence of a restraining order “protecting Deignan and his residence from … Smith,” Shebloski said.

Court records show that a restraining order was granted prohibiting Smith from coming within 150 yards of Deignan or his home.

In the restraining order request, Deignan and Smith were described as “acquaintances” and the document stated Smith had been staying at the Birch Glen Court home. The document also states that Smith made threats to Deignan, including threats to take the house from him.

On Aug. 8, officers responded to the victim’s home and found Smith inside. He was initially arrested for allegedly violating the restraining order. Three days later, he was booked on suspicion of murdering Deignan. The criminal complaint filed against Smith alleges he murdered Deignan on either Aug. 1 or Aug. 2.

Along with the murder count, Smith is charged with two misdemeanor counts of disobeying court orders. He remains in custody without bail.