Padres to See Less of Dodgers in 2023, More of AL Squads Like Petco-Bound Red Sox 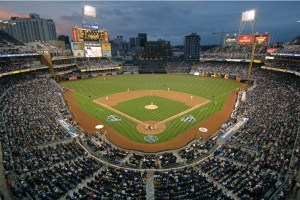 The baseball season is just entering its home stretch, but Major League Baseball has released its preliminary schedule for 2023, with the Padres opening the season at home on March 30.

They are set to be at Petco Park for a four-game series against the Colorado Rockies, followed by two games with the Arizona Diamondbacks.

MLB will return to a balanced schedule next year for the first time since 1996, with each team playing every other team at least once. That will mean fewer divisional games, such as the Padres vs. the rival Los Angeles Dodgers.

Starting next year, the Padres and Dodgers and other division rivals will play each other only 13 times instead of the 19 times they squared off annually under the format being set aside after 2022.

If you’re making plans for holiday weekends, the Padres will host the Tampa Bay Rays at Petco Park on Father’s Day, June 18, the Los Angeles Angels on Independence Day and the Philadelphia Phillies on Labor Day, Sept. 4.

The Padres first face the Dodgers May 5-7 at Petco Park, and travel to L.A. for another three-game set a week later.

The Padres’ 2023 regular season ends on Oct. 1 following a three-game series vs. the Chicago White Sox.