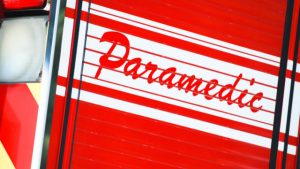 Two men are hospitalized Saturday with serious injuries following in an e-bike collision in the Del Mar Heights neighborhood of San Diego.

San Diego Police officers were called at 10:26 p.m. Friday to the 13800 block of Mango Drive where they learned an 82-year-old man was walking east to west when he was struck by a man in his 50s riding an e-bike — which did not have a light —  at a high rate of speed northbound on Mango from Del Mar Heights Road, said Officer Robert Heims.

The e-bike rider suffered a brain bleed and several fractures and the pedestrian sustained the same injuries. The injuries are not life-threatening, Heims said.

Detectives from the department’s Traffic Division are investigating the collision and anyone with information was asked to call 858-495-7800 or Crime Stoppers at 888-580-8477.