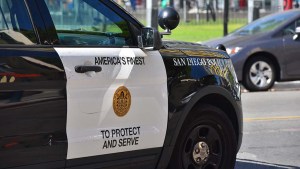 A person was found dead Monday beneath an Interstate 5 overpass in Little Italy, authorities reported.

The death in the 500 block of West Grape Street was reported about 11:45 a.m., according to San Diego police.

The deceased person’s identity and details on the cause of death were not immediately available.

Officers shut down a stretch of the street to allow investigators to gather evidence.