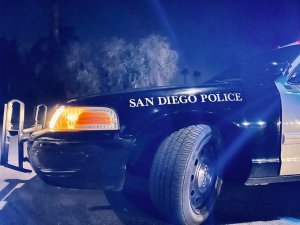 An investigation was underway Wednesday into the suspicious death of an 87-year-old man whose body was found in a backyard swimming pool at his Scripps Ranch home, authorities reported.

The fatality in the 11700 block of Birch Glen Court was reported as a drowning shortly after 2:30 p.m. Tuesday, according to the San Diego Police Department.

Patrol officers and paramedics arrived to find the octogenarian’s body at the bottom of a nearly empty swimming pool.

“During the preliminary investigation into the (man’s) death, officers noted circumstances that were considered suspicious,” SDPD Lt. Steve Shebloski said. “In an abundance of caution … homicide detectives were called to the scene and are currently investigating the incident.”

Police have not disclosed what appeared to be suspicious about the death of the man, whose name was withheld pending family notification. A cause-of-death ruling in the case is on hold pending the completion of postmortem examinations.

“It is early in the investigation, and little is known about the circumstances surrounding the (man’s) death,” Shebloski said Wednesday.